How I Cast Actors 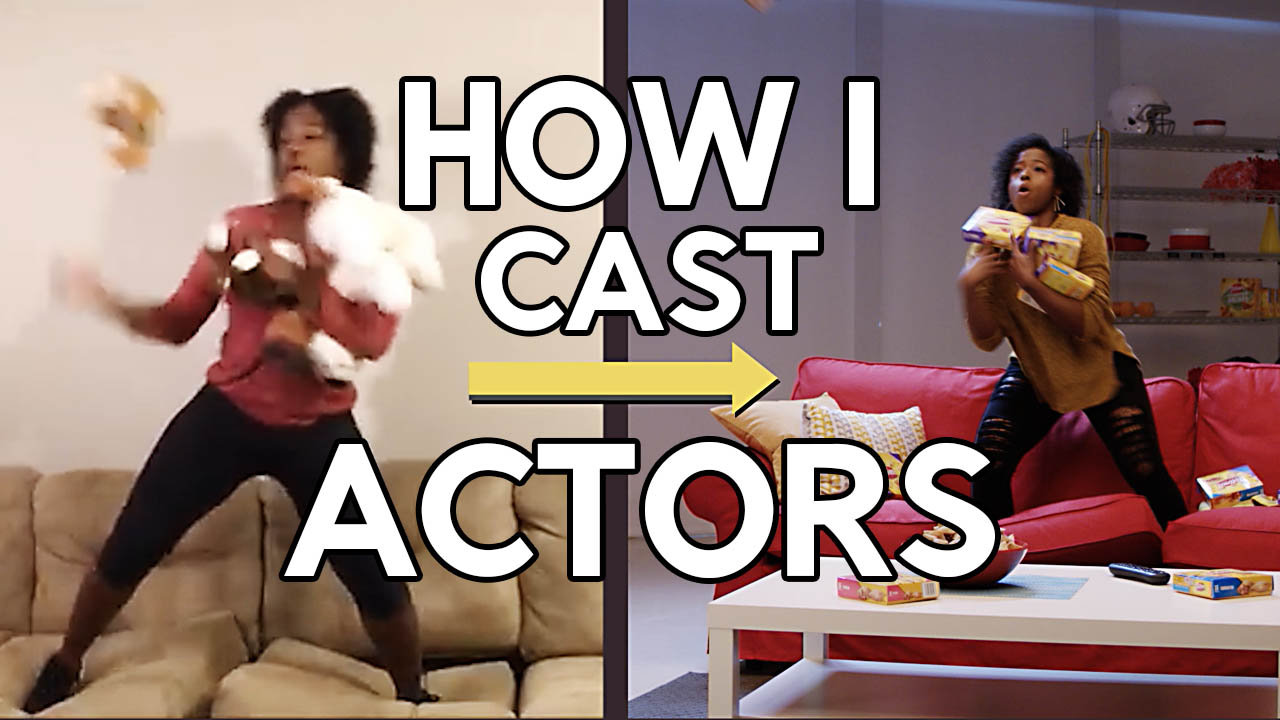 I’m a commercial director and part of my job is to select the best actor for the role in the commercial I’m directing. I’ve seen thousands of auditions and many, many talented actors. With so many good options, it makes it a challenge to select just once person. So how do I do it? Here are 6 criteria that I take into account when going through actors’ audition tapes and casting calls.

When you receive a brief for a casting, how much thought and effort do you put into it? In that that most impressed me, actors took time to gather necessary props the scene calls for and found or created a space that reflected where the scene takes place.

This isn’t always possible, especially if the location is something beyond somewhere you have access to, but if the scene calls for a specific prop, do what you can to include that so the director can visualize how it would appear in the scene and what you would do with that prop.

What does the character look like in the role you’re auditioning for? Before you head in to the audition or film a self tape, wear wardrobe that reflects that character.

3. SHOW ME SOMETHING I HAVEN’T THOUGHT OF YET

I’m always looking for new ideas to make the production better. Do you have a special skill or an idea of what you could do with the character either with how they deliver a line or body movement that you can show me in your audition tape? In the video above, the woman who auditioned for the role showed me something I hadn’t considered–a back hand spring–and it helped her land the role.

4. HAVE YOU READ AND UNDERSTOOD THE SCRIPT?

5. WHAT PRESENCE DO YOU BRING TO THE CHARACTER?

Some of my favorite auditions are where the actor adds things that aren’t in the script. I don’t mean adds new lines, but adds things that give dimension to the character. Maybe it’s they way they shake their head in disgust. Or maybe it’s a pause between lines. In the video above, actor Rogellio Camarillo Jr made a sound of disapproval during one of his lines and it made that line truly pop. What do you bring to the character that’s not written on the page?

You don’t have control over your height or your facial structure, but you DO have control over your body size (are you fit or fat), hair length, facial hair and body posture. Do certain ways you wear your hair get your more roles? What about if you have a beard or not? It’s worth exploring your appearance to see what kind of results you get. Some people get hired because they bring to the table unique physical characteristics. If you’re not getting the results you want, change your appearance. Chances are you will start to see more results. In the video above, Rogellio Camarillo Jr rocks a very specific look which attracted my attention. The bonus was he is a fantastic actor so his looks become icing on the cake.