On Angelo’s Burgers And Halloween’s Werewolves

With October upon us, it’s spooky season once again. And it’s high time to talk about some of the spookiest stuff Dream Nineteen has ever made for your viewing pleasure. So far, anyway…

Last October, I directed my very first horror-themed video, “The Wolf Burger.” It was a #^!@ing blast.

It all began with a challenge I laid out for myself: conceptualize, shoot and edit a horror movie to deliver to unsuspecting audiences within the month. I knew I wanted to explore seasonal transformation with whatever I created. Soon I came to the conclusion the werewolf would be the most effective way to explore that.

As I was researching this piece and drawing inspiration from every local comic book shop I could source in the Southern California area, I discovered the unfairly unheralded Marvel adventure series “Werewolf By Night.”

“Werewolf By Night” showcases the story of a man struggling with lycanthropy. Here are some choice selects from some classic installments of the comic: 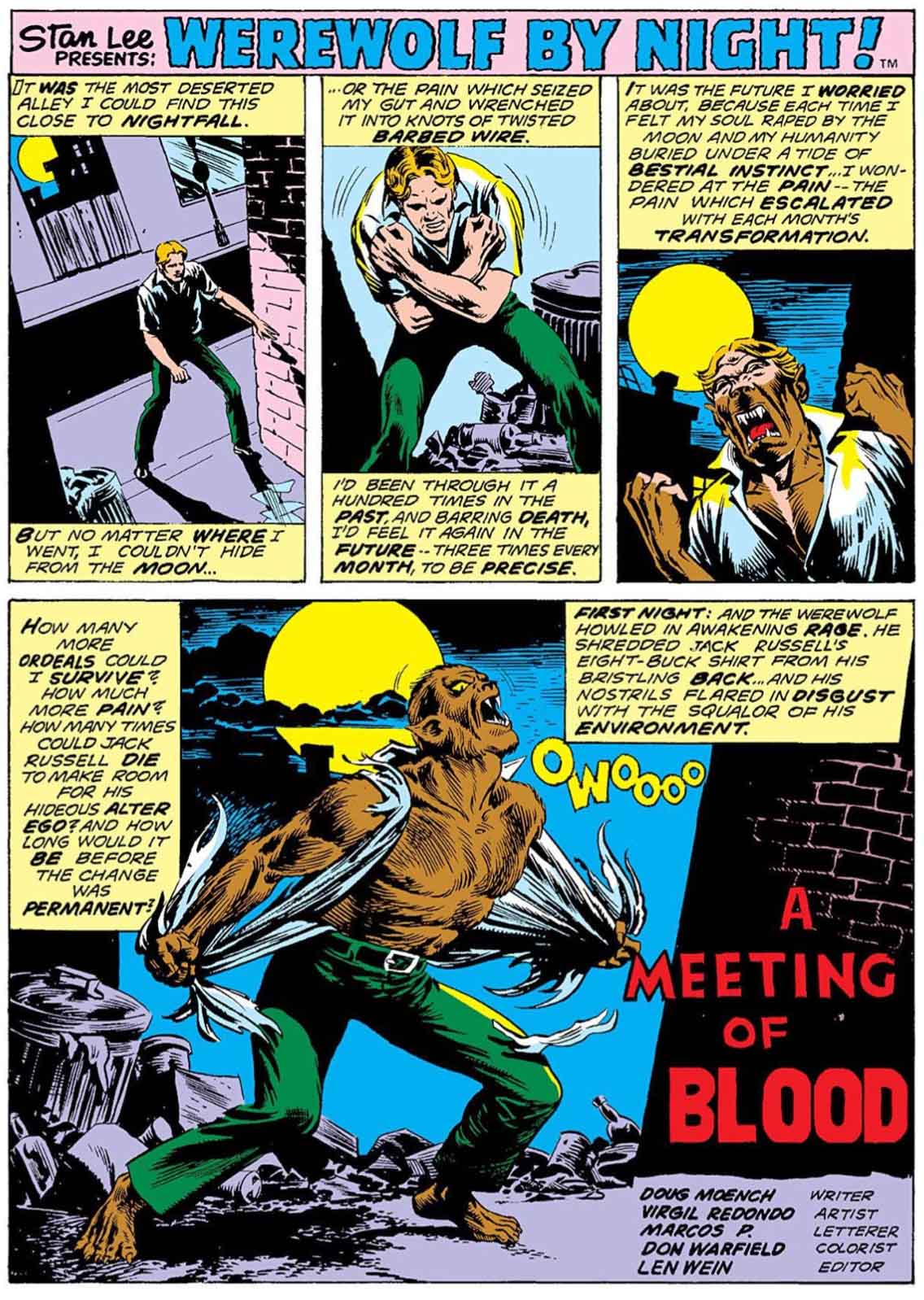 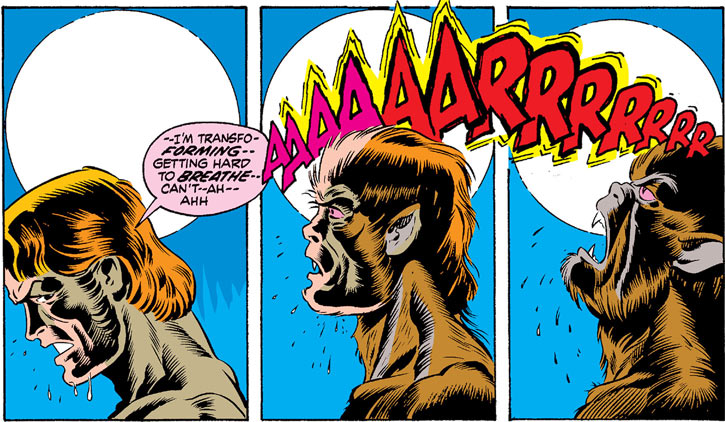 How can you not love this stuff?

Of course, I also watched some classic werewolf cinema. The original Lon Chaney Jr.-starring “The Wolf Man” (1941) remains a wonderfully gothic and atmospheric chiller with some evocative production design and terrific theatrical performances from Chaney, Maria Ouspenskaya and Claude Rains.

In the department of more recent classics boasting my favorite look, I also logged many hours with “The Howling,” “An American Werewolf In London,”  “The Monster Squad,” and the little known TV show “Werewolf.” 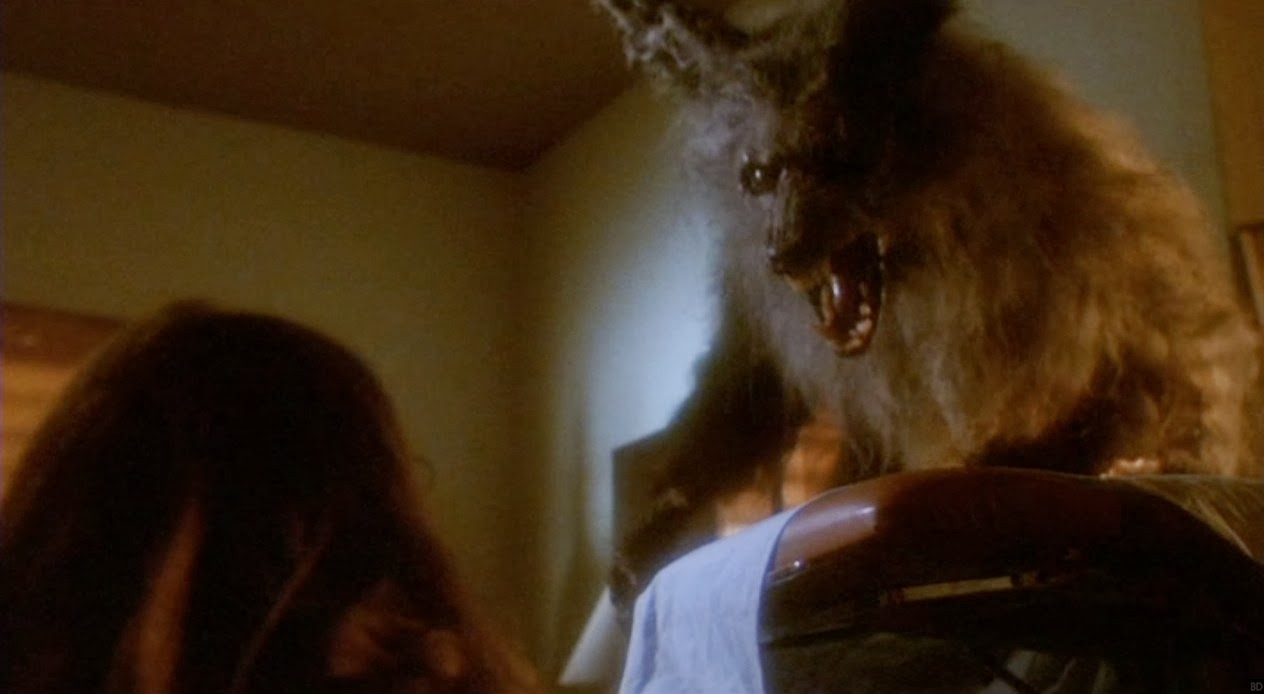 Next, I cooked up my story: a werewolf/burger cook, hoping to spruce up his patties, seeks new blood, finding licking an ice cream cone.

I knew I wanted to Dream Nineteen-ify things by  incorporating a fast food joint because, well, I just love that aesthetic. I scoured the greater Los Angeles area, hoping to find some timeless gems. Angelo’s Burgers in Glendora proved to be a particularly photogenic option. Close by, there’s an excellent Custer’s ice cream parlor, boasting a sweet retro design that gives our coverage a timeless quality. 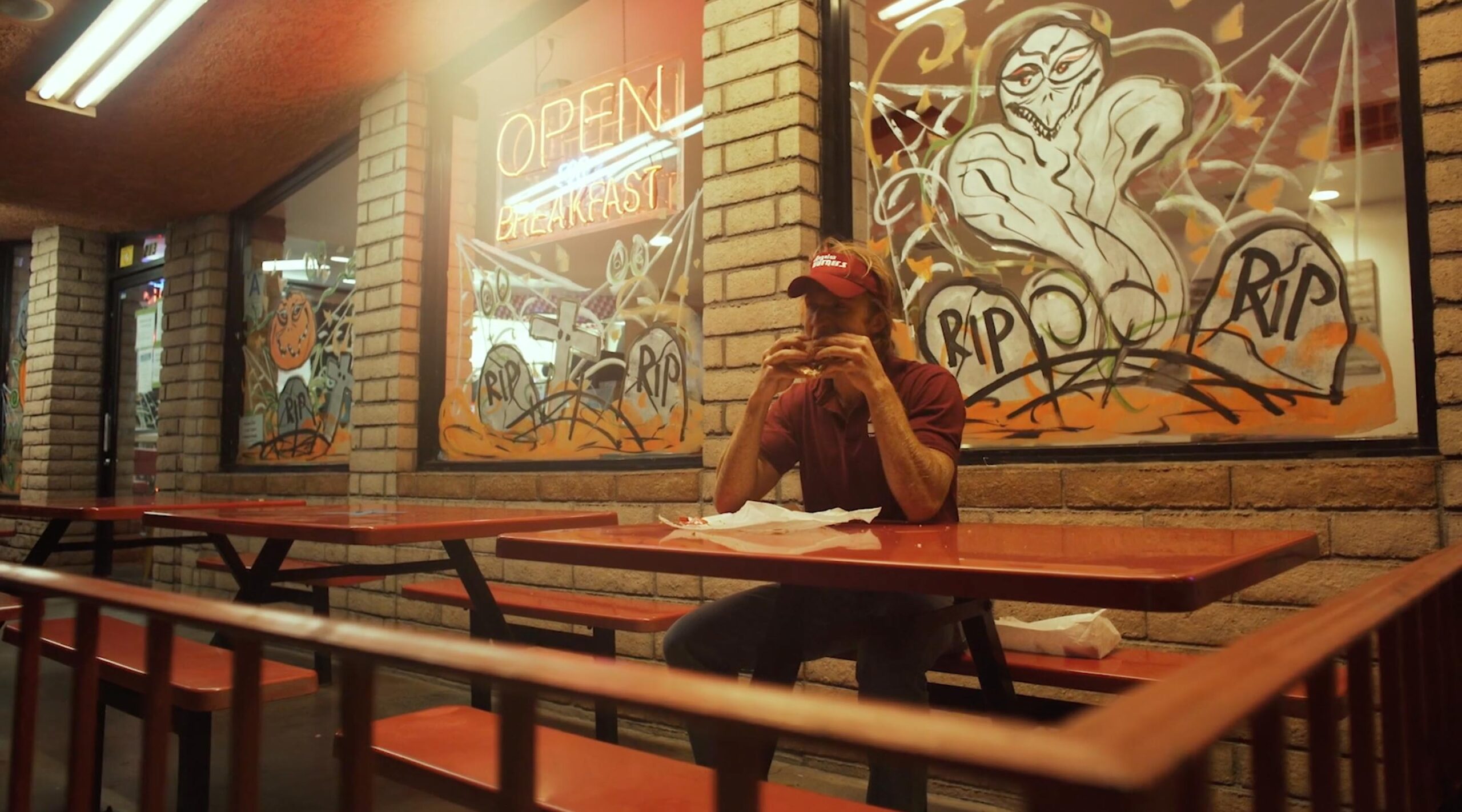 So let’s talk about that werewolf mask. I swung by Halloweentown, a year-round costume and makeup shop in Burbank, to find the perfect critter. I selected this one because it looked the most realistic, plus audiences can see the eyes of the actor through the mask. This proved key because I wanted him to wear werewolf-style yellow contact lenses to imbue some life and energy in certain close-up shots. I also scooped up a pair of grey werewolf gloves to match the color scheme. 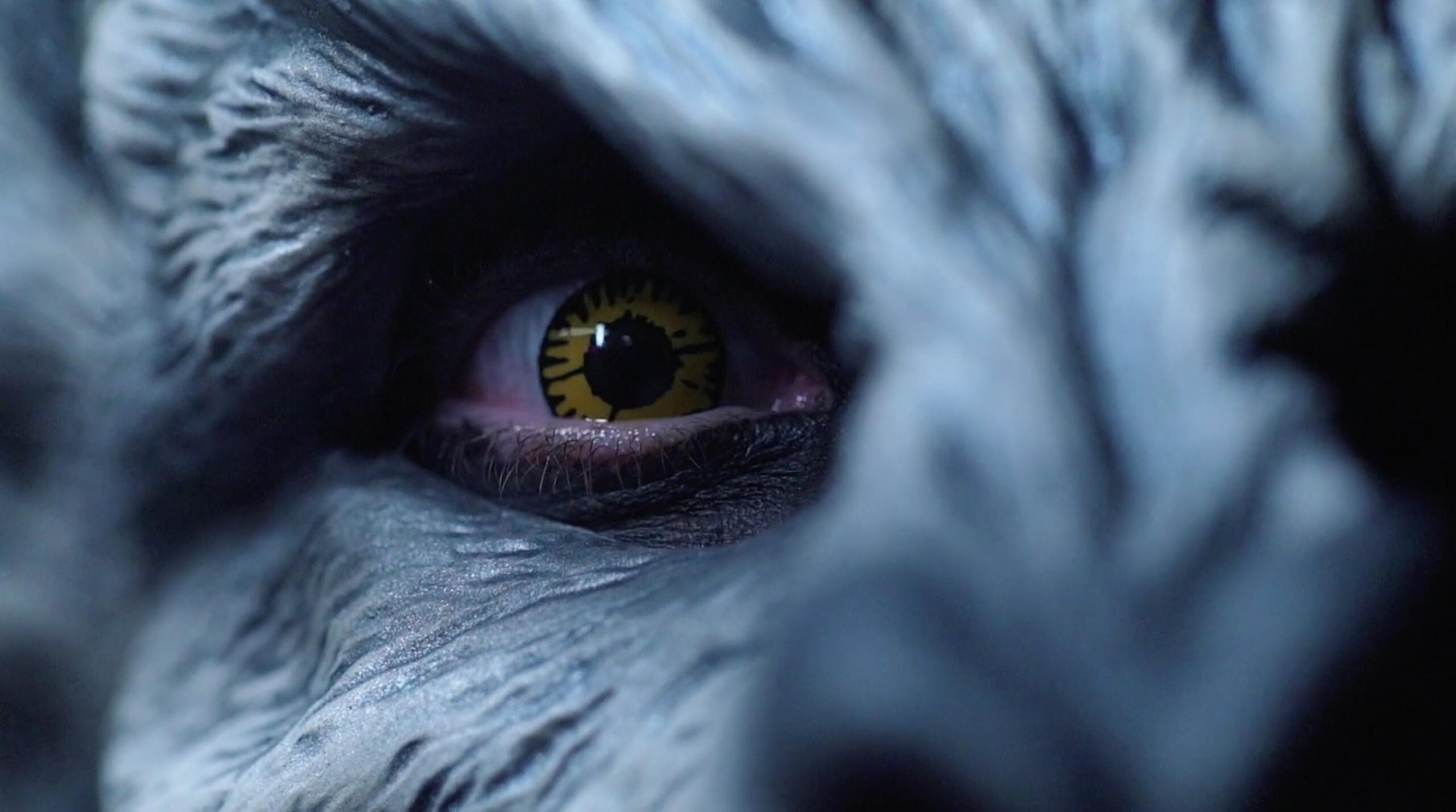 The werewolf project was filmed without much of a special effects budget, so we had to get creative in order for the transformation to look cool. I employed good old-fashioned hard cuts that went from human to werewolf. We decided to time our edits to cut on an action (like when his hand opens or he raises his head) to somewhat conceal the physical transition.

We shot this guerilla-style, out of two existing establishments, without receiving permission, so we had to work with what we had, which was exterior shots only!

Our werewolf’s wardrobe was inspired somewhat by “Teen Wolf.” When it came to our ice cream-consuming heroine’s wardrobe, I wanted a look that registered to folks as being very soft and feminine, to contrast with the werewolf’s jeans and athletic letter jacket. Her skirt and attire were supposed to feel more vulnerable and dangerous.

It felt imperative to make sure that the cast for this project understood the assignment, in terms of having their character choices harkening back to the most imperative werewolf movie influences. Our excellent young stars Kenny Cleveland and Olivia Brody absolutely nailed the moody, expressive performative style I wanted to create, and were a pleasure to work with for the shoot. 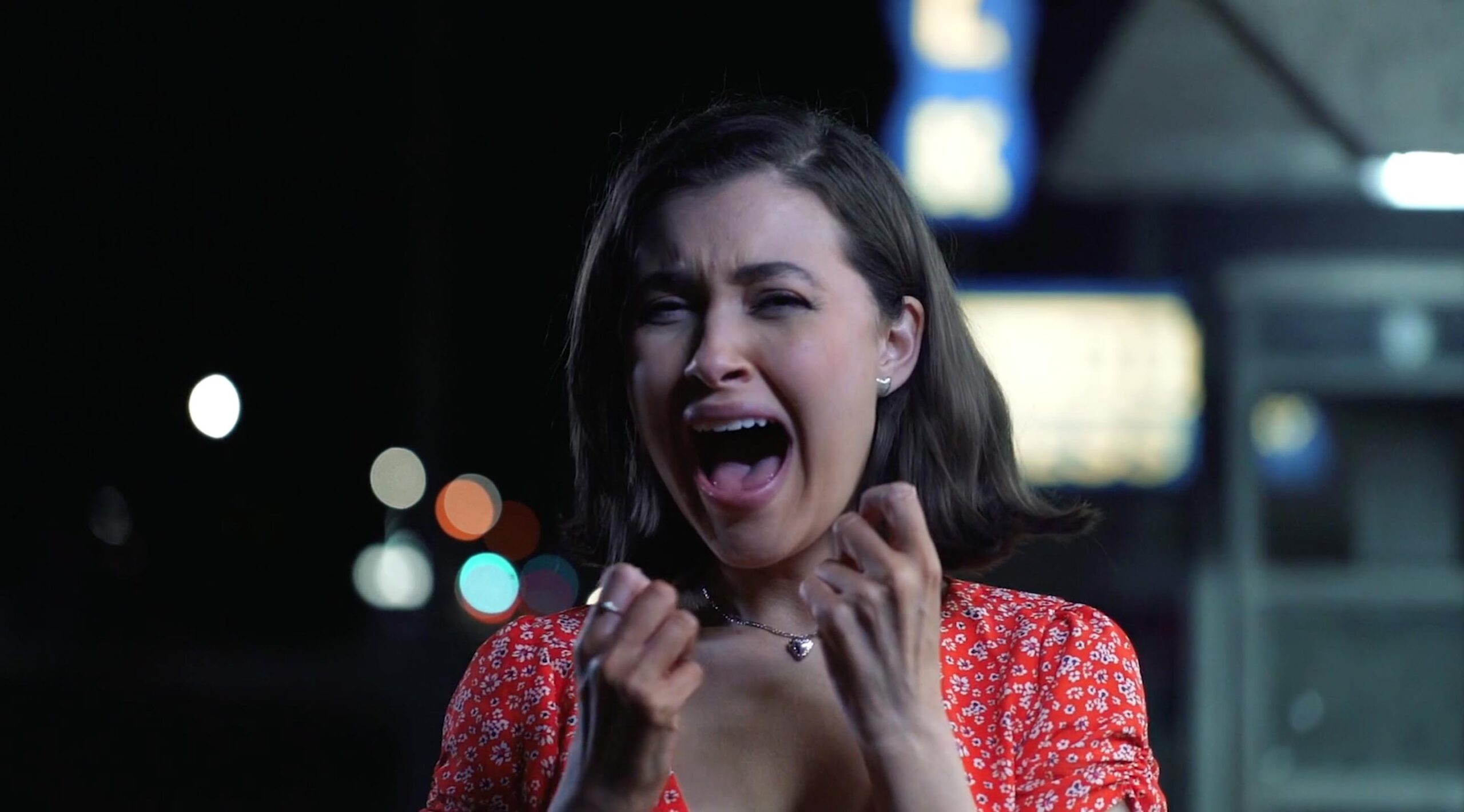 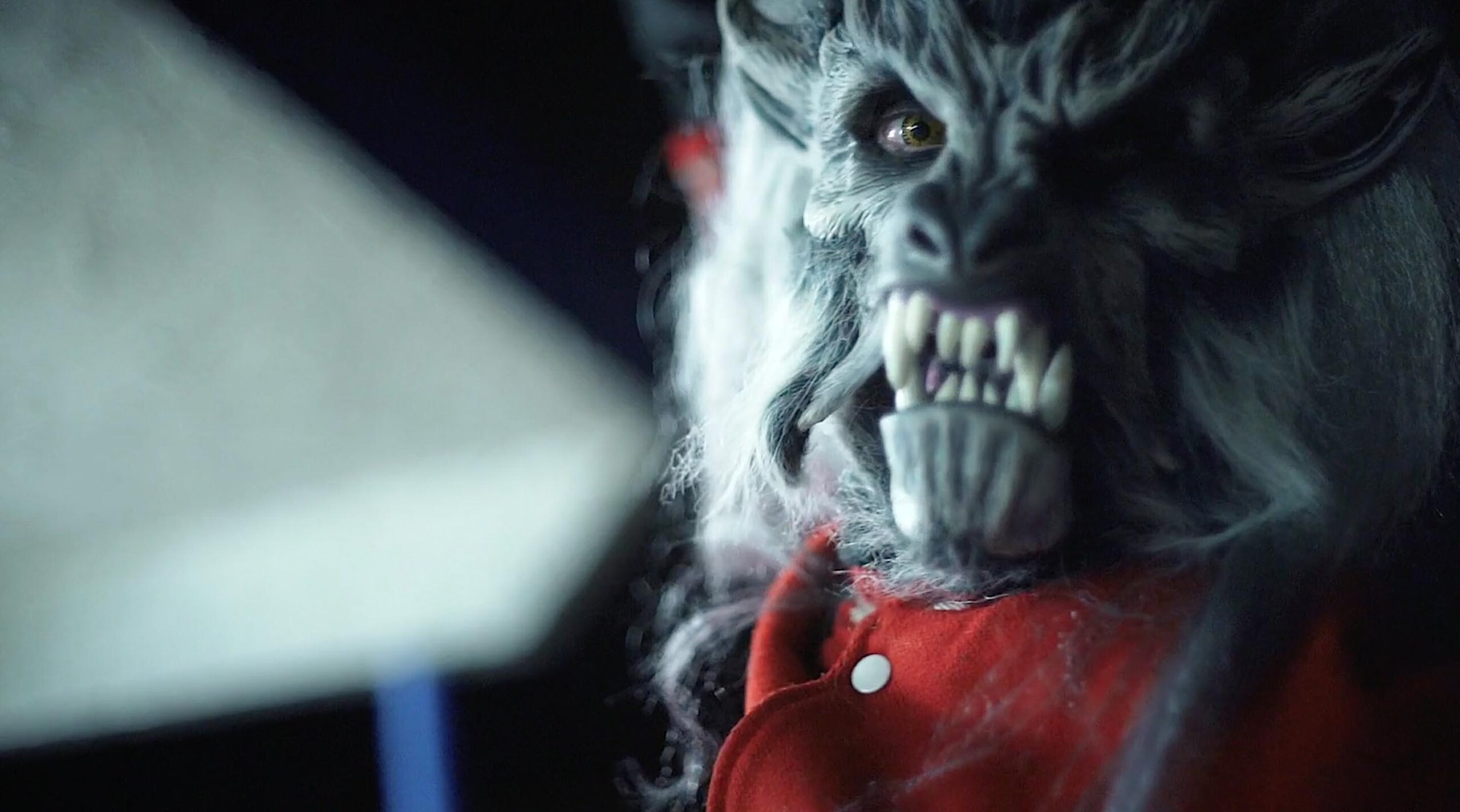 After filming went off without a hitch (at permit-free exteriors!), our post team knew we needed to find a fitting song that could dictate the rhythm of the cuts. We settled on a heavy cover of Ozzy Osbourne’s “Bark At The Moon,” courtesy of Connecticut-based metal band Star Slayer.

One of the challenges that proved tough to manage was ensuring that the story, which had to be conveyed completely non-verbally, was clear. I feel like that is one department in which the video could use a George Lucas special edition, with way more giant Dewback lizards. The whole story is about a guy who works at a burger joint and finds victims to cook his burgers. This idea could have been clearer if I was able to get shots of our werewolf bringing the girl into the kitchen and pulling out a knife, telegraphing that he was about to chop her up into ground human-beef.

It’s too late for me, horror’s in my blood now. As such, I plan on making some more spooky Halloween videos this year. What would you guys like to see me try next?