The original script for this commercial was really funny.

As the director, I wanted to give the store manager character more personality, so I thought it would say a lot about her, as well as a create a funny moment if she cared about your sponges more than her employees.

During the shoot, I asked the writer, Will, “I don’t want her to know his name.  What’s a name we could give him that would be a funny name to mis-pronounce?”

He came back with the brilliant suggestion of “Dennis” which would then become “Deenis”.

I admittedly did not think the client would go for a name that sounds like a dick joke.  But this particular client was cool as hell and she gave us a big thumbs up.

What small details you can give your characters that show more personality? 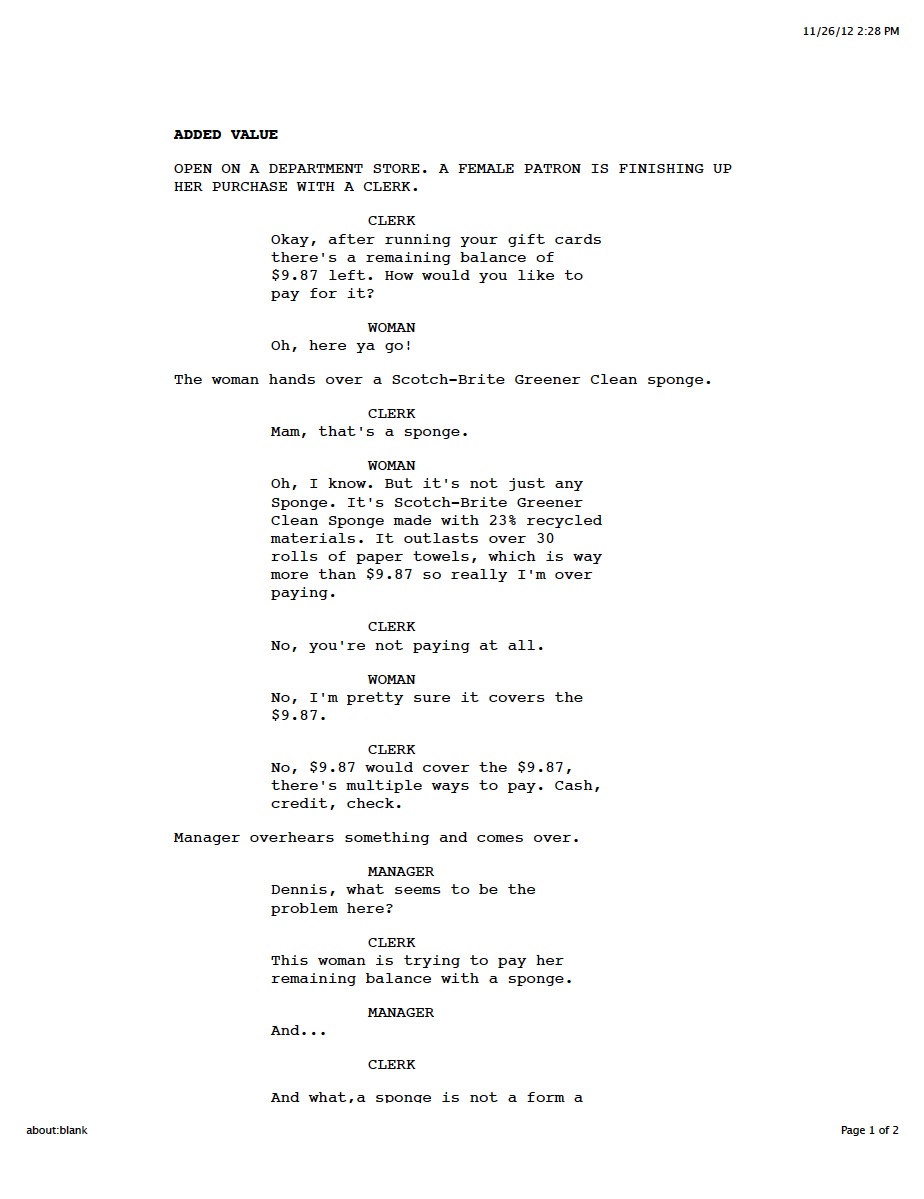 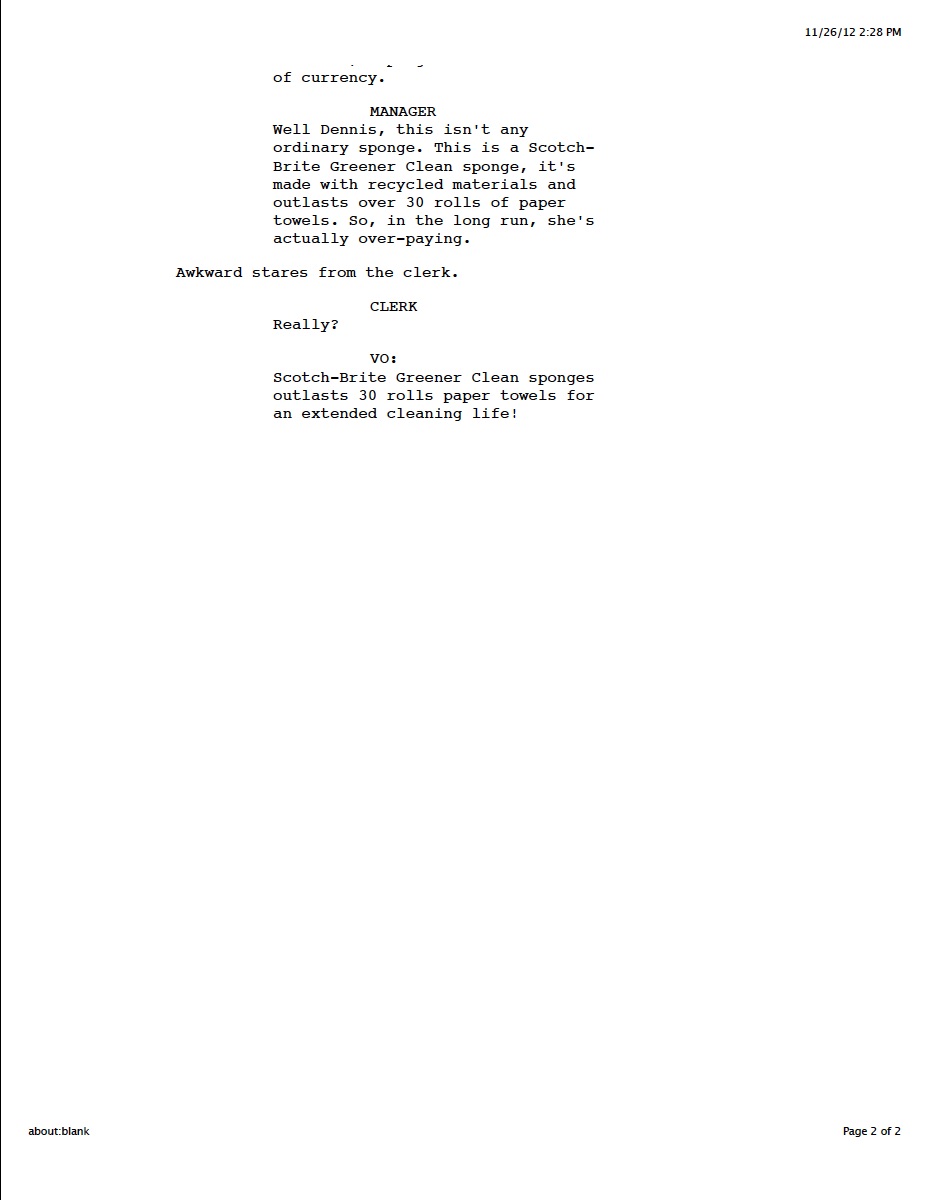